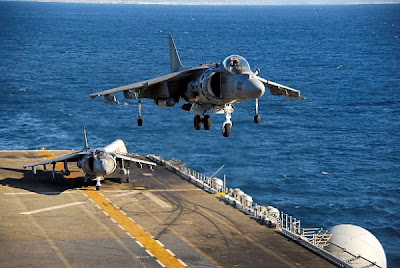 ESGINT was the first of three pre-deployment exercises for the strike group in preparation for a deployment scheduled for early next year. The exercise focused on strengthening the cooperation between the ships of BOXESG and the Marines of the 13th Marine Expeditionary Unit.

"This was the crawl stage in our preparations for deployment," said Capt. Peter K. Dallman, BOXESG commander. "Our goal was to work [towards] certification at our next at-sea period which is our Composite Training Unit Exercise, a period in which the Navy side of our group is graded on a series of capabilities and then certified as ready to deploy."

Throughout ESGINT, Boxer Sailors and more than 900 Marines from the 13th MEU worked side-by-side through training exercises ranging from the launch and recovery of aircraft and a simulated beach assault to emergency response damage control exercises and mass casualty drills.

The exercise also provided the opportunity to test Boxer's coordination and defense systems via a strait transit exercise, during which Boxer coordinated with other BOXESG ships to steam in formation simulating transiting through a narrow body of water such as the Strait of Hormuz.

ESGINT was not without its difficulties, Dallman said. Integration through training was one of the biggest challenges during the exercise.

"The greatest challenge to BOXESG during this period was that it's the first time we've come together to operate in a composite warfare command construct," Dallman said. "And we are trying to defend ourselves at sea from air, surface, and sub-surface attack while simultaneously learning the intricacies of executing the Navy/Marine Corps team's missions."

According to Col. David W. Coffman, commanding officer for the 13th MEU, ESGINT was one of the first steps toward streamlining the joint capabilities of Boxer Sailors and 13th MEU Marines for the upcoming deployment.

"This exercise was the first step for Boxer Sailors and 13th MEU Marines to get to know each other and work together," said Coffman. "We have a range of missions that we have to be able to execute coming off amphibious shipping, so for the next three months, as we do these at-sea periods, we'll be preparing and then certified to go to sea aboard the BOXESG as a sea-based Marine Air/Ground Task Force (MAGTF) and deliver mission capability to combatant commanders."

"When we speak of the blue/green team, it's the embodiment of the naval character of the Marine Corps. You aren't a Marine if you can't get aboard ship, work with its Sailors, and then leave the ship for your mission.

"Marine aviation and ground assets linked together under the control of the common commander provide unique capability to the mission," Coffman said. "Our MAGTF combines air, ground, and logistic capability all linked and working on a common coordinated mission."

"The Navy/Marine Corps team provides forward-deployed expeditionary forces that are the most ready when the nation is least ready," Coffman said.

Coffman added that in addition to testing and improving the capability of shipboard and 13th MEU operational systems, the ESGINT mission also mentally prepared the Marines for deployment by exposing them to the culture of life at sea.

"For many of our Marines, this was their first time aboard a Navy ship," said Coffman. "We're just taking the first steps toward making seagoing Marines out of them. Many of the Marines serving don't get the opportunity and privilege to serve aboard amphibious ships and get back to the Navy/Marine Corps business we made famous during World War II and since."

"ESGINT prepares Marines for deployment by integrating the Sailors and Marines," said Hines. "We gain a definite respect for one another. Some Sailors have no idea what Marines do when they leave the ship, and Marines get an appreciation of what it takes to run a vessel of this size. And what I think the Marines will walk away with is a definite sense of respect for our Navy brothers, and vice versa."

Dallman said the exercise was a prime example of the capabilities of the Navy/Marine Corps team, and that through the cooperation of BOXESG and the 13th MEU, the strike group will be fully ready for deployment in the new year.

"The Navy and Marine Corps team is an enormously capable and powerful tool that's manifested in BOXESG and the 13th MEU working together at sea to then go influence events ashore in a combined effort," said Dallman. "Across the board, [the strike group] has incredible capabilities, and we've tested many of them during this exercise. By the time we deploy, we'll certainly be ready to accomplish our mission together." 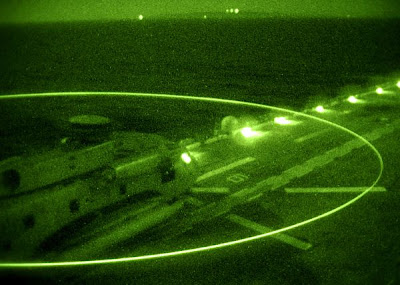