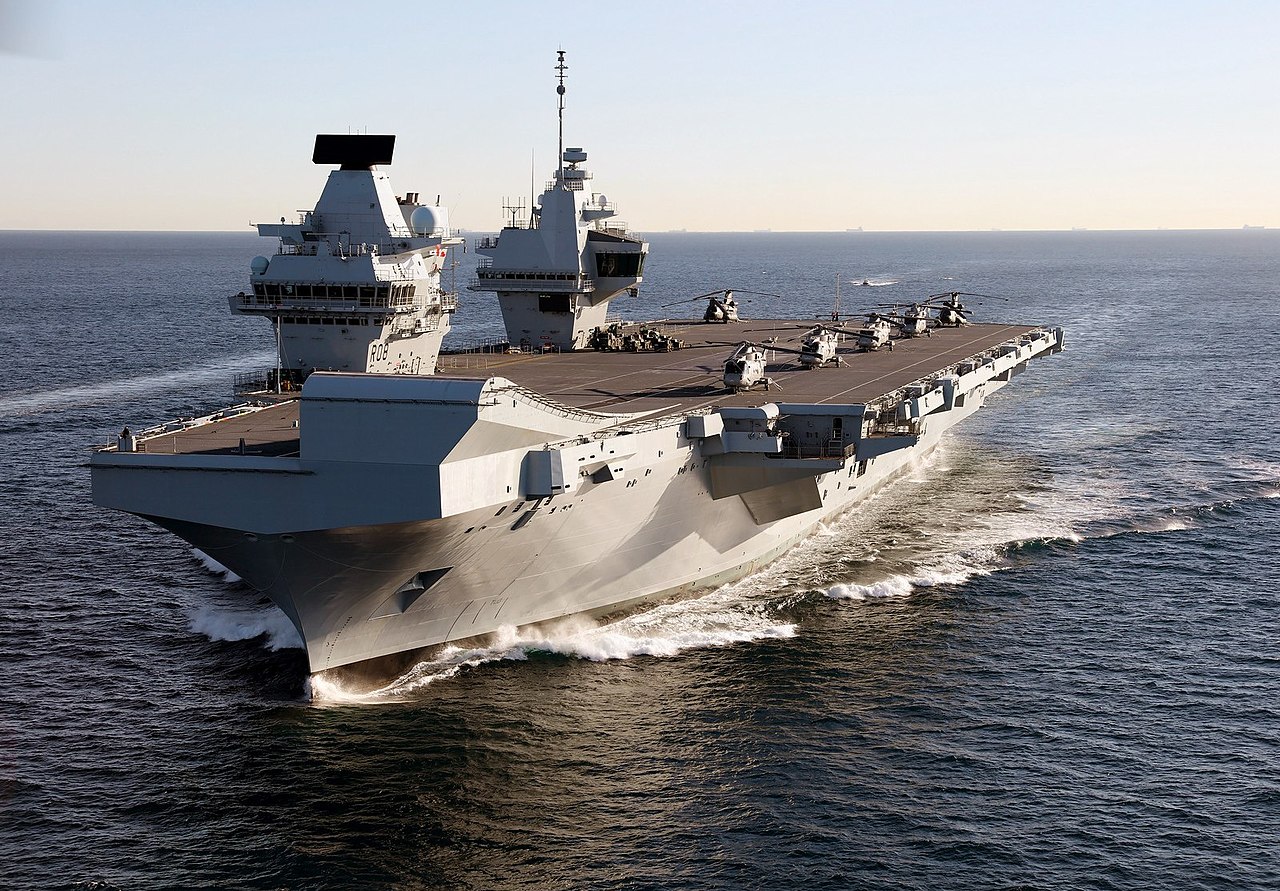 Royal Navy aircraft carrier HMS Queen Elizabeth is scheduled to get underway from HMNB Portsmouth on Saturday for her first-of-class F-35B flight trials.
The deployment is dubbed Westlant 18 and will see the carrier spend four months off the Eastern Seaboard of the United States with the aim of developing the operating envelope – the parameters for safe operations – of the F-35.
Prior to her departure, HMS Queen Elizabeth was joined by Merlin Mk2 helicopters, aircrew and support personnel from 820 Naval Air Squadron (NAS) who embarked the carrier to support her forthcoming trials.
She will also be joined by RFA Tiderace and Plymouth-based type-23 frigate HMS Monmouth, and a contingent of Royal Marines from 42 Commando, Plymouth.
The ship will conduct trials in UK waters over the coming days, before departing for the USA later this month.
F-35B trials are an important step in the Royal Navy’s path to achieving a carrier strike group capability, something the UK has been without since the Invincible-class aircraft carrier left service.
Should all go according to plans, an initial carrier strike operating capability is expected to be reached by December 2020, while a Carrier Enabled Power Projection (CEPP) capability is expected by 2026 (full CEPP meaning having both carriers in operation with F35B jets and the Crowsnest radar).
Commenting on the upcoming trials, the commanding officer of 820 NAS, Cdr Chris Knowles, said: “It’s a really exciting time for 820 squadron and for me personally.
“To take command of a squadron on the brink of a career-defining deployment, with great people, all of whom are keen, professional and very much looking forward to getting on with their job at sea.”
“We’ve been cycling all crews through a thorough pre-deployment training package to make sure everyone is current and qualified to go.
“Our force protection role will be key to the ship at sea, as will our SAR capability, we’re ready and able to provide whatever support Queen Elizabeth needs.”
at 8/20/2018 07:43:00 AM