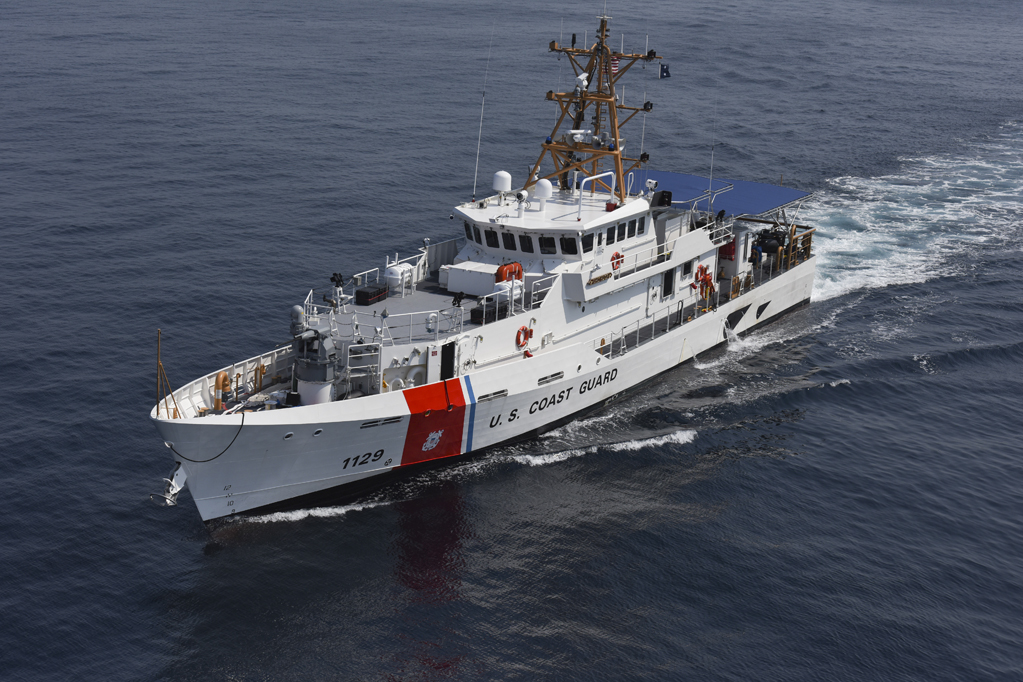 
The Coast Guard Cutter Forrest Rednour is the first of four Sentinel-Class Fast Response Cutters (FRC) to be homeported at Coast Guard Base Los Angeles-Long Beach.
Three additional FRCs are scheduled to be commissioned by summer of 2019. While these ships will be based in San Pedro, they will operate throughout the 11th Coast Guard District, which includes all of California and international waters off of Mexico and Central America.
“This cutter is specifically designed to face today’s threats in the maritime domain,” said. Rear Adm. Peter Gautier, the 11th Coast Guard District commander. “This cutter is faster, goes further and can do more than any other Coast Guard patrol boat.”
FRC’s are 154-foot multi-mission ships designed to conduct: drug and migrant interdictions; ports, waterways and coastal security operations; fisheries and environmental protection patrols; national defense missions; and search and rescue.
“This crew and I are truly honored and humbled to be assigned to serve as plank owners aboard this cutter named for a true Coast Guard hero,” said Lt. Graham Sherman, the Forrest Rednour commanding officer.
To date, the Coast Guard has accepted delivery of 31 FRCs. Each ship is designed for a crew of 24, has a range of 2,500 miles and is equipped for patrols up to five days. The FRCs are part of the Coast Guard’s overall fleet modernization initiative.
FRCs feature advanced command, control, communications, computers, intelligence, surveillance and reconnaissance equipment as well as over-the-horizon response boat deployment capability and improved habitability for the crew. The ships can reach speeds of 28 knots and are equipped to coordinate operations with partner agencies and long-range Coast Guard assets such as the Coast Guard’s National Security Cutters.
FRCs are named in honor of Coast Guard enlisted leaders, trailblazers and heroes. The four California-based FRCs are scheduled to be:
at 11/28/2018 09:40:00 AM