The Navy’s Getting a Big, Secretive Special Operations ‘Mothership’ 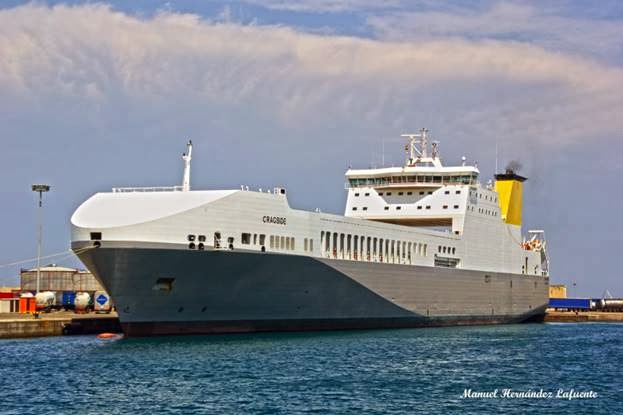 
The U.S. Navy is quietly converting a 633-foot-long cargo ship into a secretive helicopter carrier with facilities for supporting a large contingent of Special Operations Forces and all their gear, including jet skis.


And here’s the really weird thing: almost nobody is talking about the new “mothership” vessel, even though it could significantly expand America’s at-sea commando footprint.


In November, Military Sealift Command—America’s quasi-civilian fleet of more than 100 specialized but lightly armed vessels—awarded an initial $73-million contract to shipping giant Maersk to convert one of its cargo ships to a so-called “Maritime Support Vessel” standard.


Maersk tapped the 30,000-ton displacement M/V Cragside, built in 2011. After enduring a legal protest by rival Crowley, in January Maersk sent Cragside to the Gulf of Mexico for military modifications, most likely at the BAE shipyard upriver in Alabama.


The contract, extendable for up to four years, could be worth up to $143 million. The militarized Cragside could deploy as early as November this year.


MSC is adding a bunch of new hardware to Cragside to allow the vessel to function as a floating base for up to 200 troops and their weapons plus small boats, helicopters and the aforementioned jet skis, which the Navy and Air Force have begun buying and which Navy SEALs could use to sneak along enemy coastlines.


Cragside should be able to sail 8,000 miles at a time at speeds up to 20 knots and in 20-foot seas, needing resupply only every 45 days. The shipyard is adding a highly-secure communications room, a gym and weapons lockers. After all, you can’t house all those Army Delta Force troopers and SEALs without ample weapons lockers and gyms.


Cragside’s hangar must be big enough to hold two Navy helicopters at the same time for maintenance—and has to have the special, subtle lighting that allows crews to use night-vision goggles.


Add it all up, and you’ve got a floating air base, barracks and headquarters—all in a package that, because it looks just like a civilian cargo ship, should be able to avoid easy identification. “This is going to be a seriously capable ship,” commented Tim Colton, a maritime consultant.


And a seriously capable ship that many close observers of the Navy don’t even know exists. It’s not the that government is covering up Cragside—the call for bids went out through normal public channels. But the vague official descriptions of the vessel’s purpose have helped her escape wide notice.

When Seapower magazine called Sealift Command for comment, it got a predictably terse response. “We can’t provide details relating to the ship’s mission,” MSC spokesman Jim Marconi said.
at 2/18/2014 09:57:00 AM