NSA NOLA Ready to Fly the COOP this Hurricane Season 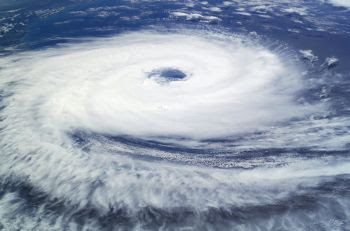 Five Naval Support Activity (NSA) New Orleans Sailors, better known as NSA’s Continuity of Operations (COOP) team, have an evacuation and mustering procedure unlike most of their fellow Sailors this year.

According to Lt. Cmdr. Neil Uemura, NSA’s emergency management officer (EMO), if a storm places the Gulf Coast region in its sights, NSA’s COOP team will travel to Naval Air Station Joint Reserve Base (NAS JRB) Fort Worth, Texas. From there, they’ll serve as their base’s eyes and ears to the rest of the world if NSA’s conventional communication means become unpredictable as it did during Hurricane Katrina in 2005.

“Our communication opportunities were sparse and it was quite distracting (during Katrina) when we’d get 20 calls a day from different military entities asking us essentially the same questions and looking for the same information,” said Uemura. “We’ll just be trying to survive down here and get the base back up and running. It’s going to be easier to have people somewhere else handling the information-type responsibilities that our parent commands and others are looking for.”

On arrival in Fort Worth, the group will settle into their Emergency Operation Center (EOC) and wait for the worst.

“Well send them to Texas 48-72 hours before a potential storm hits,” said Uemura. “We’re sending them early so they can be settled in and ready to assist if a prospective storm makes landfall.”

Though NSA service members and tenant-command troops at NSA have primary mustering procedures, the COOP team will also be manning a Fort Worth-based phone number, which will serve as a last resort for all evacuated NSA service members and DoD civilians, regardless of command, to report in once they get to a safe location. They’ll also be monitoring an e-mail address for the same purpose.

As a mother of a 15-month-old child, Yeoman 2nd Class Tamara Higgins, a COOP team member, said her heart and thoughts will be with her own family in case of an emergency. As a Sailor, she said if she has to play a role in NSA’s hurricane recovery operations, she’s ready to be an asset with the COOP team.

“I know taking care of musters in an emergency situation will do a lot for manpower issues, but my main motivation is to help ease the uncertainties and stresses that a hurricane can cause for individuals,” said Higgins. “I’m ready to do my part for the Navy as a whole, and for the people who make it work everyday.”
at 5/30/2007 08:49:00 AM