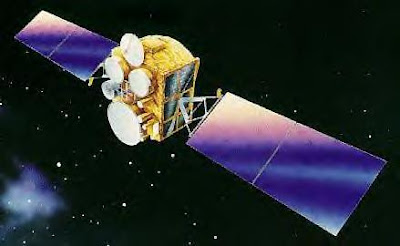 A combined U.S. Air Force/Lockheed Martin team has successfully completed an on-orbit reconfiguration of the five-satellite Milstar constellation to maximize the system's capabilities to provide secure, reliable and robust communications to U.S. and Allied Forces around the globe.

Orbiting the earth at over 22,000 miles in space, the Milstar constellation -- which has now surpassed 40 years of combined successful operations -- provides a protected, global communication network for the joint forces of the U.S. military and can transmit voice, data, and imagery, in addition to offering video teleconferencing capabilities.

The Milstar system is the only survivable, endurable means that the President, the Secretary of Defense and the Commander, U.S. Strategic Command have to maintain positive command and control of this nation's strategic forces.

This reconfiguration, which entailed repositioning the satellites relative to one another to maximize and improve the constellation's earth coverage visibility, was successfully executed during a seven-month period by a team of engineers from Lockheed Martin Space Systems, Sunnyvale, Calif., the Milstar prime contractor, working with the 4th Space Operations Squadron at Schriever AFB, Colo., the Air Force’s team which flies and maintains the Milstar constellation.

This proven ability to realign the operational location of the entire spacecraft constellation with no unplanned service disruptions to military forces deployed around the globe will be vital to bringing the follow-on Advanced Extremely High Frequency (AEHF) satellites into the nation's survivable, secure MILSATCOM architecture.

"We are proud of the capability we have demonstrated to increase the effectiveness of this critical system to our customer, said Leonard F. Kwiatkowski, Lockheed Martin's vice president and general manager of Military Space Programs. "Designed, built and operated by a talented and dedicated group of people, Milstar continues to deliver critical secure, real-time, connectivity to the warfighter and we look forward to achieving mission success as we prepare to launch the first AEHF satellite next year."

The AEHF team is led by the MILSATCOM Systems Wing, located at the Space and Missile Systems Center, Los Angeles Air Force Base, Calif.
at 7/27/2007 06:44:00 AM