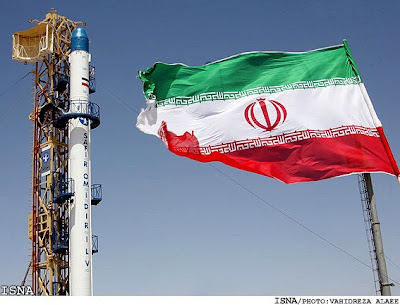 The Associated Press is reporting that Iran has built four new domestically produced satellites as part of a space program that's worrying other nations.

State TV described them as research satellites but did not provide details. Iran says it has launched at least two satellites and has none in orbit now.

The Voice of America reported last Monday that Iran unveiled the new rockets and satellites as part of national celebrations of the 32nd anniversary of its Islamic Revolution.

Defense Minister Ahmad Vahidi said Sunday the presentation of Iran's latest space technology will include two rockets, the Safir 1-B (Messenger 1-B) and Kavoshgar 4 (Explorer 4), and two satellites, the Rasad (Observation) and Fajr (Dawn).

Vahidi said the Safir 1-B rocket is capable of carrying a satellite weighing 50 kilograms into an elliptical orbit of 300 to 450 kilometers.

Iran on Tuesday begins the 10-day long annual celebration of its revolution. It typically uses the occasion to showcase its scientific and technological achievements.
at 2/07/2011 07:06:00 AM