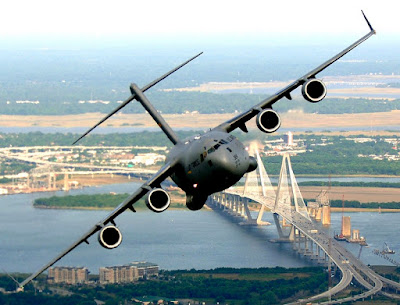 While in Charleston, South Carolina, over the Thanksgiving holiday, I had a chance to monitor the military trunk radio systems (TRS) in the area. Due to the holiday, activity was fairly light so I did not make a lot of progress tying up TRS talk group identifications (TGID).

Talk Group IDs on this system used numbers from the 286xx series. TGIDs 28647 and 28653 were noted on both the NWS site and Charleston AFB site. These have been previously IDed as Fire and Law Enforcement dispatch TGIDs respectively. They cover both bases. Some encryption was noted on the law enforcement TGID.

The new critical information uncovered this trip involved the trunk radio system on the Charleston AFB. This system leveraged the existing ELMR system on the Weapons Station when it was placed on the air in 2012.

7/17/2012 - JOINT BASE CHARLESTON, S.C. -- The 628th Communications Squadron recently saved $3.5 million by leveraging the Navy's Enterprise Land Mobile Radio solution at Joint Base Charleston. By utilizing the existing Weapons Station ELMR solution to expand on the Air Base, the 628th CS was able to generate an investment savings of $3.5 million. ELMR equipment has been in operational use since Feb. 25, 2012, at the Air Base. Land Mobile Radios are hand-held voice devices, much like a walkie talkie, used to speak on any Ultra High Frequency range over a network of equipment designed to enhance signal strength and quality. The ELMR System is a non-tactical Navy Installation Command sponsored conformant trunked land mobile radio system. This system is being implemented Navy-wide and will eventually interconnect all Navy sites onto one comprehensive communications network. "The Navy was utilizing an ELMR network that essentially put the NWS on a grid of other ELMR systems which enabled the master control site to view and route voice traffic to any user on the network," said Tech. Sgt. Nathaniel Swab, 628th CS Transmissions Systems non-commissioned officer in charge. "It enables a user on the Weapons Station to speak with users at other sites such as Norfolk, Va., Jacksonville, Fla. or any other user on the network." The system change required coordination between the 628th CS and the ELMR master site in Norfolk. The old LMR equipment, used by the Air Base, had to be replaced with equipment that was compatible with the Navy's ELMR system. Once the equipment was installed, the site was added to the network. The Air Base can now connect to the Weapons Station, as well as an entire network of ELMR users worldwide. "One of the key benefits of the ELMR system is that it offers another means of local communication to be monitored at a long range in case of a disaster scenario," said Swab. "First responders can be aided from afar because a controller can listen to real time on-site responders without having to be in the disaster zone." ELMRs are primarily used for quick, coordinated responses between first responders and provide centralized communication capabilities via handheld units, mobile and base stations. The ability to relay information between installations in the event of a natural disaster or emergency situation is critical. "First responders can coordinate operations across one channel for two sites," said Swab. "In the past, the two towers, one located on the Weapons Station and the other on the Air Base, were not able to talk to each other. The ELMR puts both sites on one network. This allows dispatchers to reach first responders at two situations if needed. In the future we are looking at a goal of joining civilian first responders to our extensive ELMR network." "This was huge in affording first responders and the installation commander the ability to rapidly bridge the geographical gap between the Air Base and Weapons Station to maintain situation awareness and relay critical, crisis information," said Lt. Col. David Joerres, former 628th CS commander. "It's an exciting time to be a cyberspace operator."

Where in the world are our aircraft carriers?

This is a current map showing the areas where our carriers are currently situated. Notice the lack of any activity in the Med/Persian Gulf.