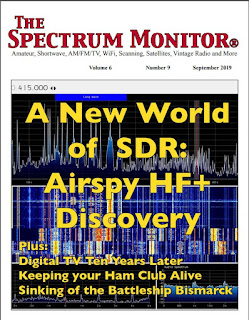 The latest edition of The Spectrum Monitor magazine (September 2019) is now available for just $3. It has my exclusive review of the new Airspy HF+Discovery SDR and my Milcom Phantoms in the Desert column. Get your copy at https://www.thespectrummonitor.com/.

The Pentagon will have 2,936 aircraft equipped with Automatic Dependence Surveillance-Broadcast (Out) by the FAA-mandated deadline of Jan. 1, according to the U.S. Air Force, the military service in charge of the effort.

That number is just 21 percent of DoD's total aircraft inventory, but officials have said that ADS-B (Out) modifications present a significant depot scheduling challenge, and, in some cases, engineering challenges, such as for fighter aircraft. By 2025, DoD plans to have about 62 percent of its aircraft equipped with ADS-B (Out), including 35 percent of fighter aircraft, 67 percent of helicopters, and 100 percent of mobility, command and control/intelligence, surveillance, and reconnaissance (C2/ISR), and trainer aircraft, an Air Force official said Aug. 19.

The Air Force official said that DoD will not equip aircraft that are to retire by 2025 with ADS-B (Out), as the Pentagon determined that the effort would not be worth the cost. In addition, other aircraft, such as the Air Force bomber fleet and the future B-21 bomber, have mission requirements that "do not align from an operational security standpoint with the broadcast nature of ADS-B (Out)."

Under a rule published last month by the FAA, aircraft conducting operations related to homeland security, law enforcement, national defense and intelligence that could be compromised by transmitting real-time aircraft position information are permitted to disable ADS-B transmissions after obtaining proper authorization from the FAA.

Collins Aerospace is supplying ADS-B transponders for the DoD effort, while other contractors, including primes such as Boeing, are providing integration, GPS upgrade and navigation work.

A Memorandum of Agreement signed by Acting FAA Administrator Dan Elwell and then Air Force Secretary Heather Wilson on July 26 last year noted that "the cost, budget, and depot schedule constraints make it prohibitive for DoD to equip all DoD aircraft by the compliance date."

"Notwithstanding these potential constraints, DoD will seek to align ADS-B Out equipage with other program updates (e.g. Identification Friend or Foe--Mode 5 and Military Code [M-Code] receivers) in order to reduce overall costs," the MoA said. "Additionally, there are instances where DoD airframes are scheduled to be retired soon after the compliance date, which would narrow the benefit window considerably and may not be best value to the public."

Mode 5 is an enhancement to legacy Mode 4 Identification, Friend or Foe (IFF) which has been in use since the mid-1950s for military identification. The National Security Agency and Joint Chiefs of Staff require Mode 5 to replace Mode 4 by June 30 next year.

By Jan. 1, the FAA will require that the majority of aircraft operating above 10,000 feet in U.S. Class A, B, and C airspace be equipped with ADS-B (Out), which allows aircraft to transmit information about altitude, velocity and position derived through GPS to ground stations and to other equipped aircraft in the vicinity. The FAA mandate’s goal is to replace radar as the primary surveillance method for monitoring and separation of aircraft.

"The Accommodation Memorandum of Agreement between the DoD and FAA signed July 26, 2018 that addresses how the FAA will accommodate military aviation missions after the Jan 1, 2020 ADS-B Out mandate has evolved into the following two FAA authorizations that will accommodate all DoD military aircraft as required based on mission profile: 1. DoD aircraft NOT ADS-B Out Equipped OR 2. DoD aircraft ADS-B (Out) equipped," the Air Force wrote in an email response when asked about the current status of the MOA. 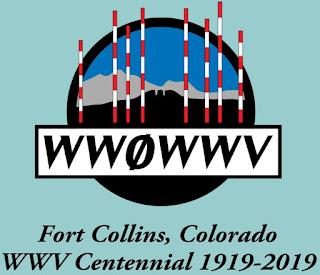 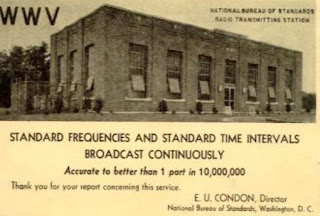 Through Saturday, August 24, WWV and WWVH will transmit a US Department of Defense (DOD) message in conjunction with the COMEX 19-3 interoperability exercise in Tennessee. The broadcast also urges listeners to complete a survey on WWV/WWVH listenership and listening habits. The messages are broadcast on WWV at 10 minutes past the hour and on WWVH at 50 minutes past the hour. WWV and WWVH transmit on 2.5, 5, 10, 15, 20, and 25 MHz.

In addition to asking for the name, email address, and location of those completing the “WWV/WWVH Reception Report,” the survey seeks information on which station (i.e., WWV or WWVH) was heard, the frequency, the transmitted audio quality, whether the information was relevant or useful, how often the respondent monitors WWV/WWVH broadcasts, whether the respondent uses a clock or other device that synchronizes with the low-frequency (60 kHz) WWVB time transmissions, and any other information the respondent would consider useful to hear on WWV/WWVH broadcasts.

The National Institute of Standards and Technology (NIST) — part of the US Department of Commerce — is using the information gathered to determine “how often their stations are monitored and how the various timing signals and messages are used by the listeners,” Chief of US Army MARS Paul English, WD8DBY, said on the US Army MARS Facebook page. “As the saying goes, ‘every vote counts,’ and your input to this survey is being used to help demonstrate the importance of these stations.” Listeners may file multiple reception reports, and anyone may complete the survey.

Earlier this year, the Defense Department began making use of the provisional time slots on WWV and WWVH to announce upcoming HF military communication exercises and to explain how the Amateur Radio community can become involved in them. Use of the time slots has corresponded with Department of Defense communication exercises (COMEX); COMEX 19-3 takes place this month. The announcements will resume during COMEX 19-4 in October.

Following a proof of concept this year, DOD anticipates making use of the WWV/WWVH broadcast time slot full time, all year.