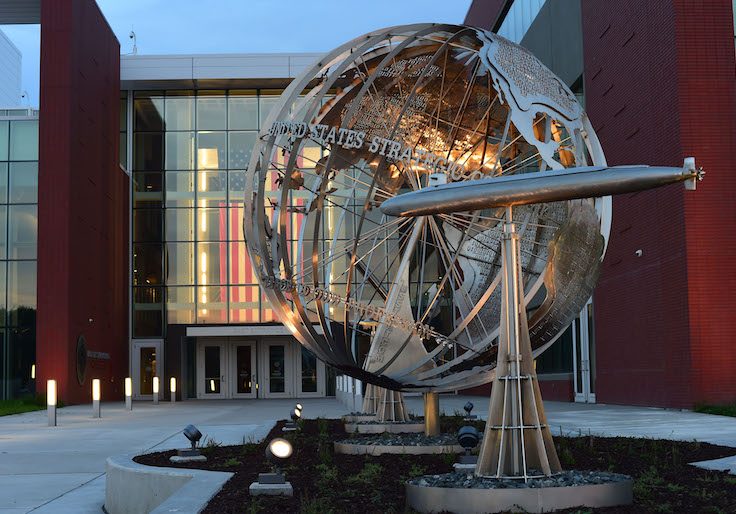 Advanced command and control facility is the newest 'weapon' in U.S. nuclear arsenal.

The U.S. Strategic Command, in charge of waging nuclear war, has a new command and control facility in Omaha that will bear the name of a famous warfighting Air Force general.
The top-secret Nuclear Command and Control Facility at Offutt Air Force Base will be named after the late Gen. Curtis LeMay and is one of the most secure buildings in the world, hardened against electromagnetic pulse attacks and wired with high-technology fiber optic communications lines.
The 900,000 square-foot facility is in the final stages of construction and will replace an aging 1950s-era command center 250 yards down the road.
"The building is designed not just as an office building but as a weapons system," said Mike Kolster, chief of military construction for Strategic Command. "Without command and control, the other weapons systems are useless. They have to have direction from somewhere."
Read the rest of the story online at https://freebeacon.com/national-security/stratcom-to-name-new-command-center-for-gen-lemay/?utm_source=Freedom+Mail&utm_campaign=6f893d51bb