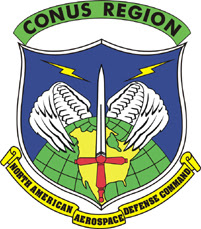 Editors Note: I am still trying to get this story nailed down. Lots of unanswered email and phone calls. It is a funny situation. Almost as if they weren't ready for the changeover to the EADS when they did away with the SEADS. So when will NORAD make EADS official?

While their website my not be up-to-date, it looks as though the NORAD NEADS term is no longer used and the long anticpated name change has occurred at some level. This morning while checking for updates on this story I found this on the NORAD CONUS Region webpage (http://www.norad.mil/about_us/conr.htm)

Since Sept. 11, 2001, CONR has been the lead agency for Operation Noble Eagle, an ongoing mission to protect the continental United States from further airborne aggression from inside and outside of U.S. borders.

CONR is one of three NORAD regions. The two other regions are the Canadian NORAD Region (CANR), with its headquarters located at Canadian Forces Base, Winnipeg, and the Alaskan NORAD Region (ANR), with its headquarters located at Elmendorf Air Force Base, Alaska. NORAD is the bi-national Canadian and American command that employs a network of space-based, aerial and ground-based sensors, air-to-air refuelling tankers and fighter aircraft, controlled by a sophisticated command and control network to deter, detect and defend against aerial threats that originate outside or within North American airspace.
at 4/03/2007 09:54:00 AM