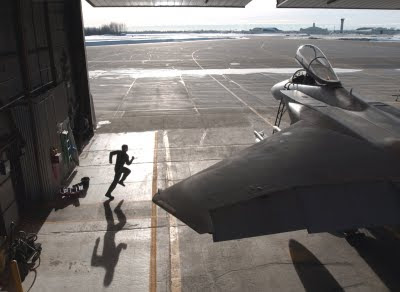 Exercise Falcon Virgo is designed to hone NORAD’s intercept and identification operations, as well as procedural tests of the NCR Visual Warning System. Civil Air Patrol aircraft and Coast Guard HH-65 Dolphin helicopters will participate in the exercise. Residents in the area can expect flights to begin around midnight and continue through the scheduled exercise hours.

In the event of inclement weather, the exercise will take place the next day until all training requirements are met.

These exercises are carefully planned and closely controlled to ensure NORAD’s rapid response capability. NORAD has conducted exercise flights of this nature throughout the U.S. and Canada since the start of Operation Noble Eagle, the command’s response to the terrorist attacks on Sept. 11, 2001.

As the Continental United States geographical component of the bi-national command NORAD, CONR provides airspace surveillance and control, and directs air sovereignty activities for the CONUS region. CONR and its assigned Air Force and Army assets throughout the country ensure air safety and security against potential air threats.