WGS-3 Milcomsat Launched Over the Weekend 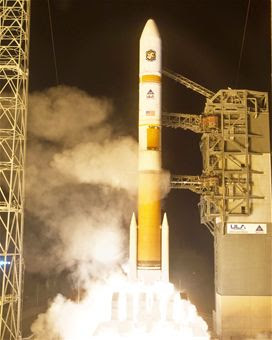 41 minutes after its launch, the Delta IV 5-4 rocket successfully deployed the satellite into the geosynchronous orbit, triggering cheers at the space launch control center. The satellite launch also marks the completion of the 36th mission ULA in 36 months.

Jim Sponnick, ULA Vice President, Delta Product Line, said in a statement, "ULA congratulates the Air Force and our mission partners on the successful launch of WGS-3. It was appropriate the Air Force, which was one of the primary customers ULA was created to support, was the customer for today's 36th launch in 36 months.”

With its spectacular launch from Space Launch Complex-37, WGS-3 has joined the two other WGSs launched on Oct. 10, 2007 and Apr. 3, 2009 respectively. The 6.5 ton WGS-3 will be parked at 12 degrees West, after undergoing in orbit testing.

WGS-3, an upgrade over Defense Satellite Communication System (DSCS), has been designed to serve U.S. and allied military forces around the world.

Providing high-capacity broadband communication services, WGS-3 will replace its DSCS as the Department of Defense's backbone for satellite communications.

As mentioned previously, the WGS-3 mission is the third installment of the Wideband Global SATCOM (WGS) system. The WGS satellites are important elements of a new high-capacity satellite communications system providing enhanced communications capabilities to America's troops in the field for the next decade and beyond. WGS enables more robust and flexible execution of Command and Control, Communications Computers, Intelligence, Surveillance, and Reconnaissance (C4ISR), as well as battle management and combat support information functions. WGS-3 augments the existing service of the WGS-1 and WGS-2 satellites by providing additional information broadcast capabilities. It also provides high-capacity X-band and Ka-band communications to U.S. forces and allies across all current theaters of operation around the world. WGS-1 has been in operation over the Pacific since April 2008, and WGS-2 has been operating over the Middle East since August 2009. Both satellites have met or exceeded mission requirements throughout their testing and operational phases.

“With its extraordinary increase in satellite communications capacity and flexibility, WGS helps our warfighters more effectively execute their missions on land, at sea and in the air,” said Brig. Gen. Samuel Greaves, Vice Commander of the Air Force’s Space and Missile Systems Center in Los Angeles. “This is another great milestone for the WGS team, which is performing superbly and setting the standards for getting these critical communications assets into space and into operational use.”

WGS-3 was flown on an Air Force C-5 transport from Boeing’s Satellite Development Center in El Segundo to Cape Canaveral in September. Before being shipped, WGS-3 completed mission assurance reviews and challenging factory tests that simulated the stress of the satellite’s mission. 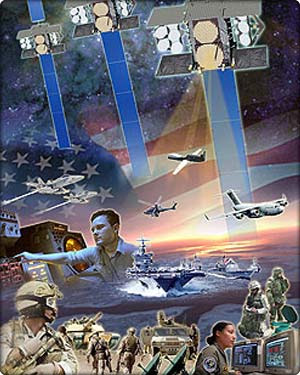