Warfighters to Get Improved 'Eyes in the Sky' 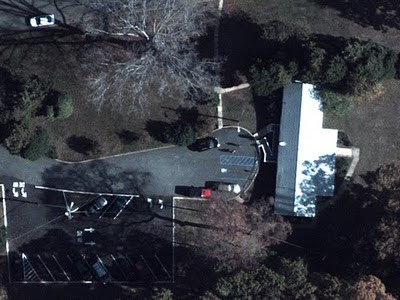 WASHINGTON - Warfighters in Afghanistan will get an unprecedented capability to track and monitor activity on the ground in the coming months with the initial deployment of a new ultra-high-resolution camera able to scan a wide field of view and download images in real time.

The ARGUS-IS system, with an acronym that recalls the 100-eyed Greek mythological figure, will give ground troops a persistent "eyes in the sky" capability that improves their ability to identify and track targets of interest and enemy operatives.

The heart of the system is a 1.8-gigapixel color camera, the largest video sensor ever used to conduct tactical missions.

To provide a sense of just how high-resolution this sensor is, Leininger compared it to a standard cell phone camera. A cell phone image typically runs between 1 million and 2 million pixels. With ARGUS-IS, it's 900 to 1,800 times that number –- enough to track people and vehicles from altitudes above 20,000 feet.

But ARGUS-IS offers more than just high-resolution imagery. To be deployed on an A-160 "Hummingbird" unmanned aerial platform, it will be able to scan almost 25 square miles.

This represents a big technological leap over current airborne surveillance systems, Leininger said. Those that deliver high-resolution images are limited to very small fields of view, he explained, and those covering broader areas provide low-resolution imagery.

In addition, ARGUS-IS operators on the ground can designate "windows" around up to 65 specific sites or targets they want to monitor. They can choose buildings, road intersections or other fixed locations the system will "stare" at, or people or vehicles to trail –- even if they're moving in different directions.

"And if you have a bunch of people leaving a place at the same time, they no longer have to say, 'Do I follow vehicle one, two, three or four?'" Leininger said. "They can say, 'I will follow all of them, simultaneously and automatically.'"

ARGUS-IS's processing system compresses the massive amount of data collected to what's most valuable to warfighters, such as movement or changes on the ground. Then it transmits this data to operations centers and troops operating in the area in multiple, real-time video streams at the rate of 10 frames per second.

Now scientists are integrating the system into the Hummingbird platform, which can fly at up to 20,000 feet for 12 hours or more, for deployment to Afghanistan.

Even before ARGUS-IS reaches the field, DARPA already is looking ahead to the next step in its evolution. A contract awarded this past summer is funding a program to integrate an infrared capability that will enable the system to operate at night.

Leininger, who started the ARGUS-IS program just over three years ago, said the increased intelligence, reconnaissance and surveillance capability the system will provide will help ground troops carry out their missions and save lives in the process.

"This is a very useable system that will provide an enormous [intelligence, surveillance and reconnaissance] multiplier for the troops," he said. "It gives them a new and better way to see what is around them with a big eye in the sky."
at 12/17/2010 06:32:00 AM