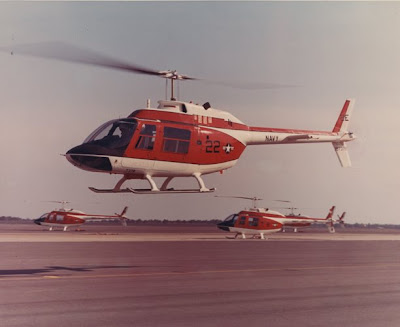 The decision was made after an investigation found suspected material failure of an engine component that could have a direct impact on safety of flight. This component, a bearing in the power turbine governor, was the cause of three in-flight engine failures in eight months, with the most recent occurring Feb. 25. All three aircraft landed safely with no injuries to personnel and minimal damage to the aircraft.

"Safety is our biggest concern here," said Capt. David Maloney, commander, TRAWING 5. "We identified a problem and developed a plan to replace the faulty part. The frequency of the most recent engine failures demands caution."

A plan to remove and replace all suspect parts is in place. Engineers from Naval Air Systems Command are working closely with Chief of Naval Air Training and the TH-57 maintenance contractor, L3 Communications, to develop a timeline to return TRAWING 5 back to full mission capability.

TRAWING 5 is located five miles north of Milton, Fla., on board NAS Whiting Field. The wing is comprised of three primary fixed-wing and three advanced helicopter squadrons and trains aviators from the Navy, Marine Corps, Coast Guard, Air Force and allied nations.
at 3/07/2008 10:32:00 AM