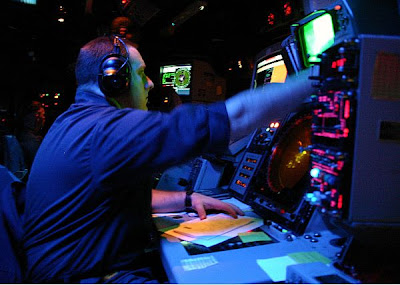 MARCH AIR RESERVE BASE, Calif. - As the unmanned aerial system mission continues to grow in the Air National Guard, the 163rd Maintenance Group is stepping up its training program to ensure the availability of enough highly skilled people to support these systems.

Initially operating under the 372nd Training Squadron's Detachment 13 assigned to Nellis Air Force Base, Nev., the unit spent its infancy getting its staff trained and completing its state-of-the-art facilities, while also providing limited training here and augmenting the active-duty schoolhouse.

Now, the unit no longer operates under Nellis' training umbrella, but as a stand-alone training facility, Detachment 26, assigned under Air Education and Training Command.

The training operation here has grown and has transformed into a one-stop shop for active-duty and Guard units seeking Predator maintenance training.

What began in April with an introductory course has since expanded to include specialized courses such as ground control station and communications maintenance, Rotax engine maintenance, tactical aircraft maintenance and avionics.

The unit also has provided training to more than 150 maintainers from active-duty units, as well as airmen from Guard units across the United States also involved in the Predator mission.

Air Force Senior Master Sgt. Ron Egan, chief of Detachment 26, said the unit's growth has been a boon, not only for the maintenance group, but also for the Predator mission and the Air Force as a whole.

"By providing instruction across the spectrum of Predator maintenance, and continuing to expand to meet the mission's training needs, we are bridging the gap providing the kinds of capabilities that were once only available at active-duty training locations," Egan said. "That has made us an important part of the UAS mission, and has certainly made this an exciting time to be involved with the Predator."

In fact, Air Force Master Sgt. Michael Adams, a Predator communications instructor who spent two years teaching at Nellis before the detachment stood up here, said the unit has nearly a dozen instructors and owns all of its own equipment, detached and separated from the 163rd Reconnaissance Wing's operational Predator mission, allowing training to be provided regardless of operational demands elsewhere.

"Having instructors and equipment available to teach the courses here is great for us and for the students," Adams said. "We can provide the training students need when they need it, and we can tailor our instruction to meet their needs. The impact is huge, because it allows the students to see and understand how processes work a step at a time and prepares them to apply the skills they'll need in an operational environment as soon as they get there."

The unit soon will be able to take its training to a new level, as the 163rd opens a flying training unit and begins flying the Predator locally at Southern California Logistics Airport, formerly George Air Force Base, near Victorville, about 40 miles from March.

"When the wing starts its flying training mission, that will open up a lot of doors for us," Adams said. "We'll be able to provide hands-on training and let the students interact with flying aircraft so they can learn and practice what they will be doing in a realistic environment."

On the horizon, Egan said, plans are in the works to expand the unit's training capabilities. In fact, plans include offering a KU-band satellite communications class, as well as adding maintenance courses for the Predator's big brother, the MQ-9 Reaper. The unit may even provide training for Department of Homeland Security personnel.