Some thoughts on the Psyop transmissions on 6877.0 kHz 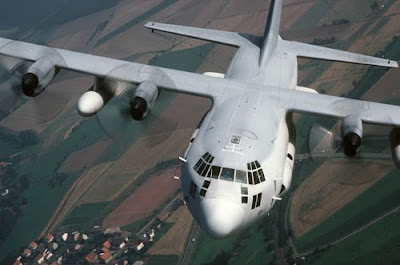 There has been a lot of chatter over the last 36-48 hours regarding Arabic language transmissions by a coalition asset on 6877.0 kHz.

Here is another report by Ary Boender posted to the Spooks newsgroup:

"6877 kHz : Psychological operations, probably from an EC-130J Commando Solo III. It asks Libyan naval officers not to board their ships in Arab, English and French. After a while the station was jammed. I heard the station on 20-3-2011 at ca. 0900 UTC with a fair signal but quite noisy."

Recordings are available from the UDXF/N&O websites
http://www.udxf.nl
Numbers and Oddities website or an alternate address at http://www.numbersoddities.nl/

Andrew Wiggin did a partial English transcript of the 6877 kHz transmission loop (which transmitted the same message in English, French and Arabic:

"Libyan ship or vessel: Remain anchored; do not leave port. The Khaddafi regime forces are violating a United Nations resolution ordering the end of hostilities in your country. If you attempt to leave port, you will be attacked and destroyed immediately. For your own safety do not leave port."

Most people have pointed to the EC-130J 193SOS Pysop bird callsign Steel 74 as a possible candidate for these broadcast. While that may be and has been widely reported as such, I am still not totally convinced that it is the 130J. While these transmissions wouldn't really be out of character for the types of transmissions that these aircraft have transmitted in the past, they are usually used for mostly AM/Fm/TV broadcast stuff.

These transmissions appear to be aimed at Libyan military forces on a non-broadcast frequency -- a known Libyan Navy frequency.

Another candidate aircraft for these transmissions that is in theater is the EC-130 Compass Call aircraft that has been using the callsign Sheen 53. According to the official US Air Force factsheet:

Well this certainly fits what has been heard by our European monitoring brethen.

And still another thought on all of this comes from Kim Elliott on his website at
http://kimelli.nfshost.com/index.php?id=10926

"On 6877 kHz, the transmission could be from land-based transmitter in Europe, or from a ship in the Mediterranean, and still be heard in Libya. The Commando Solo aircraft may not be needed unless used for FM and television, which have shorter range. See also http://twitter.com/utilityworld by Hugh Stegman."

If you want more on all this Psyop stuff, I would recommend that you keep an eye on Gayle's Shortwave Central blog (http://mt-shortwave.blogspot.com/), her twitter feed at(http://twitter.com/QSLRptMT or the MT Shortwave Central fan page on Facebook for any late breaking news on Psyop broadcast from the Commando Solo aircraft -- Steel 74 -- in the Libyan NFZ theater. 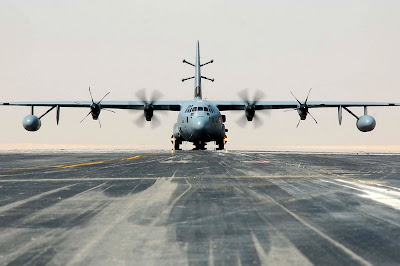