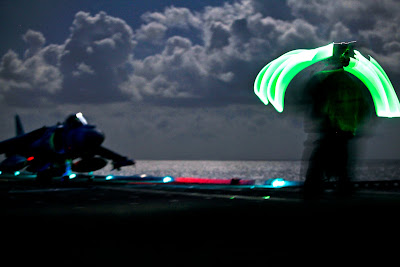 Here is our latest list of frequencies reported and those monitored from here on the Radio Ranch. Earlier information on the audio samples etc are down page in this post.

If you want to monitor shortwave broadcast from North Africa and the Middle East, we have the most complete and comprehensive listings of all language shortwave broadcast schedules available anywhere exclusively for our Monitoring Times magazine MTExpress subscribers online right now. Complete details on how to order our MTExpress - MTXtra schedules can be found on the Monitoring Times magazine or Grove Enterprises websites.

All frequencies are in kHz.

Limitations keep F-22 from use in Libya ops


Earlier information posted as part of this update blog post.

Well it has been a very busy 24 hours plus with all the action in and around Libya. So in this post I will try to summarize what was heard and reported.

I should point out that we had a real good hint that the USAF B-2 bombers were on a Global Power mission yesterday afternoon when we saw the Ethyl tankers on the AR track up in the Canadian maritimes. I can report as of this writing that the Ethyl tankers are up again this morning to get the B-2 boyz back home from their long flight overseas. According to the Pentagon they were the aircraft that bombed the Libyan military airfields. As this is being written, the flight of three is approaching their Ethyl tankers in the Can Maritimes using callsign Fury 23 flight. Heads up NEMilAir guys.

Now to the HF reported on UDXF. The biggest news was a psyops radio reported by our friend Ary Boender in the NL.

Ary reported the following around 0730 UTC:

"6877 kHz : Psychological operations, possibly EC-130J Commando Solo III. Asks Libyan naval officers not to board their ships in AA/EE/FF. Hard to read here in Holland but msg is clear."

There was an EC-130H Compass Call aircraft, callsign Sheen 53, that was in theater so given their mission to "disrupt enemy command and control communications and limits adversary coordination essential for enemy force management," that may have been who Ary and others monitored last night.

An EC-130J Commando Solo from 193SOS has finally popped up in the theater, callsign Steel 74, so let the psyops broadcast begin.

At some point Andrea B recorded jamming on the 6877.0 kHz transmissions and you can hear that at http://www.mediasuk.org/appoggio/jamming_6877.mp3. This is a must hear mp3. You can even hear the transmission form the aircraft telling the Libyan Navy sailors to not leave port, etc.

Nils DK8OK, has also posted an audio file from 6877.0 kHz. "6877 kHz, 20.3.11, 09:00 UTC, in SSB/USB with reduced carrier. Slightly jammed. Calling Libyan seamen to return to port and leave their ships in Arabic, English and French:
„Libyan sailors! Leave your ship immediately! Leave your ... and return to your family or your home. ... forces of violating at United National resolution ... the end of ... in your country. For your own safety: Leave your ship immediately! Do not attempt to jam [?] transmission." Click here for Nils DK8OK audio file.

There are several more audio files posted online and you can find those in messages posted to the UDXF group. 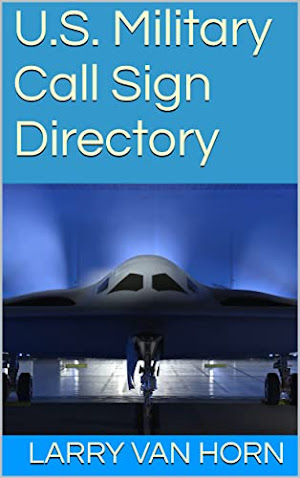