Press briefing by DoD on plans to shoot down the NRO USA 193 intelligence gathering satellite. If you would like a pop up media player click here Satellite Reentry Briefing 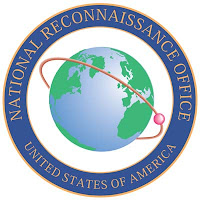 This is the official press release from the Department of Defense on their plans for handling USA 193/NROL-21.

An uncontrollable U.S. experimental satellite which was launched in December 2006 is expected to reenter Earth’s atmosphere between the end of February and early March. Because the satellite was never operational, analysis indicate that approximately 2,500 pounds (1134 kgs) of satellite mass will survive reentry, including 1,000 pounds (453 kgs) of propellant fuel (hydrazine), a hazardous material.

Although the chances of an impact in a populated area are small, the potential consequences would be of enough concern to consider mitigating actions. Therefore, the President has decided to take action to mitigate the risk to human lives by engaging the non-functioning satellite. Because our missile defense system is not designed to engage satellites, extraordinary measures have been taken to temporarily modify three sea-based tactical missiles and three ships to carry out the engagement.

Based on modeling and analysis, our officials have high confidence that the engagement will be successful. As for when this engagement will occur, we will determine the optimal time, location, and geometry for a successful engagement based on a number of factors. As the satellite’s path continues to decay, there will be a window of opportunity between late February and early March to conduct this engagement. The decision to engage the satellite has to be made before a precise prediction of impact location is available.

Contact with hydrazine is hazardous. Direct contact with skin or eyes, ingestion or inhalations from hydrazine released from the tank upon impact could result in immediate danger. If this operation is successful, the hydrazine will then no longer pose a risk to humans.

The U.S. government has been and continues to track and monitor this satellite. Various government agencies are planning for the reentry of the satellite. In the event the engagement is not successful, all appropriate elements of the U.S. Government are working together to explore options to mitigate the danger to humans and to ensure that all parties are properly prepared to respond. In the unlikely event satellite pieces land in a populated area, people are strongly advised to avoid the impact area until trained hazardous materials (HAZMAT) teams are able to properly dispose of any remaining hydrazine.
at 2/15/2008 08:20:00 AM