Team Argo Takes to the Skies Once Again 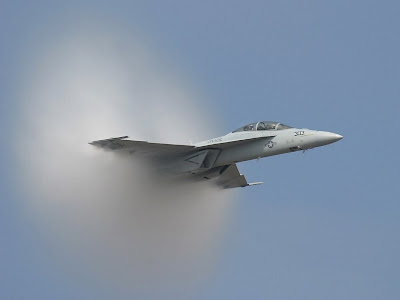 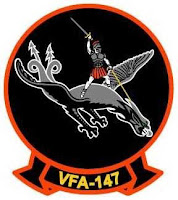 LEMOORE, Calif. (NNS) -- Marking the end of an era and the beginning of a new one, the "Argonauts" of Strike Fighter Squadron (VFA) 147 completed their transition from F/A-18C Hornets to newer, advanced F/A-18E Super Hornets.

"The Argos have been flying the Hornet for almost twenty years," said Lt. Jesse Reed, a squadron pilot and aircraft division officer. "It is a great platform and I am glad to have had the chance to fly it, but I'm really looking forward to working with the Super Hornet."

After returning home from an eight-month deployment in September, the Argonauts transferred their old jets to VFA-125 and VFA-106 in order to make room in the hangar for their new F/A-18Es. VFA-147 borrowed jets from other squadrons as they gradually received their own aircraft.

"It seems like forever since we've had our own jets to fly," said Lt. Steven Neebe, pilot. "I'm really looking forward to utilizing all the Super Hornet's advanced systems to further hone my tactical skills."

Lt. Cmdr. Chuck Stahl, squadron maintenance officer, said he considers this experience one of the most rewarding things he's been associated with in his career.

"Watching a squadron transition from one aircraft to another and seeing the Sailors come together to get the command ready for action, it's been just absolutely incredible," he said.

In order to be cleared "Safe for Flight" in their new aircraft, the squadron had to undergo rigorous training at all levels.

"It's about the Sailors," said VFA-147's commanding officer, Cmdr. Daniel Cheever. "We are all excited to have the new Super Hornets, but greatness comes from the motivation and dedication of our Sailors, and Team Argo is great! It is truly impressive to watch this team work."
at 2/09/2008 09:29:00 AM