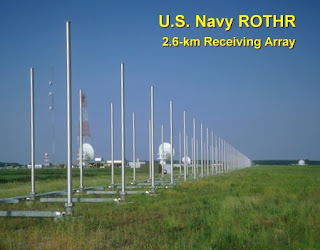 "It's my honor to be a part of your 20-year success story," said U.S. Coast Guard Rear Adm. Joseph L. Nimmich, Director Joint Interagency Task Force-South (JIATF-S). "What you do and what you're about is really one of the success stories of our country."

The FSSC mission is to operate and maintain the Relocatable Over-the-Horizon Radar (ROTHR) system, collecting and disseminating tactically significant air and surface track data for evaluation, interpretation and over-the-horizon tracking of aircraft and ships suspected of trafficking.

"I've seen a lot of changes with FSSC," said Daniel Flury, systems analyst. "I got here in 1992 just as we were getting in the counter-drug business. I've seen the radar transition from the primary threat, which is the backfire bomber's very large, fast, straight moving targets, to small highly maneuverable Cessna with slower speeds and then move into the counter-drug mission, where they located smaller airplane using different methods."

In September 2004, the command transitioned to all civilian personnel. FSSC has a staff of 29 civil service personnel and approximately 250 contractors that operate and maintain the ROTHR system.

Nimmich said that he is proud of the transition from a military command to a civilian's supporting the military.

"It becomes more and more critical as the military members are necessary to go overseas and take the fight to the enemy, but we still need to keep the systems running," said Nimmich.

The ROTHR system surveillance area covers more than 10 million square miles north to south from Florida to Bolivia and east to west from Brazil to the Galapagos Islands in the Pacific Ocean.

"What you've done here at FSSC is truly the transition of a cold war capability into a current capability that is critical to the nation," said Nimmich. "Last year more than 268,000 pounds of cocaine, 23 percent of the flow, was seized as a result of what you do. You're saving American lives every day."

During the ceremony Nimmich presented Jack Buckingham, FSSC Director, with a plaque honoring 20 years, from JIATF-S to represent the close relationship and successes between the two commands.

"I just want to thank all the civil service, contractors and prior military," said Buckingham. "You're the ones who make this command work." 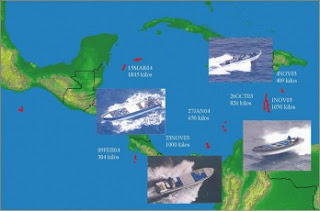 ROTHR is based on an extremely complex technology that uses the Earth's ionosphere to relay radar signals over extraordinary distances-a ROTHR array on the east coast of the U.S., for example, can cover the Caribbean, most of the Gulf of Mexico, and probe deep into South America.

Unlike conventional radar, which is often hampered by range and altitude restrictions, ROTHR can identify and track suspicious air and sea traffic from far away, helping authorities follow and intercept the "Go-Fast Boats" and small aircraft favored by international drug smugglers. 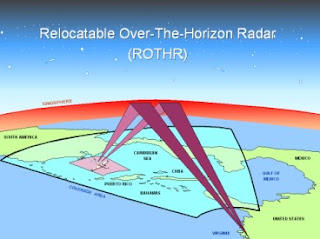