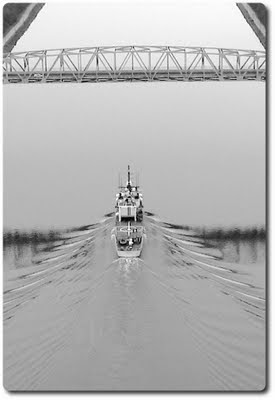 During the mission, the Legare visited four countries, Morocco, Senegal, Sierra Leone and Cape Verde, to conduct maritime law-enforcement operations and to support regional maritime safety and security. The African mission focuses on building relationships and sharing tactics and procedures.

The Legare crew was involved in several law enforcement activities, including seizing an illegal fishing boat off the coast of Sierra Leone.

"Once we approached and boarded the vessel, we confirmed it had been fishing in that area," he said, noting the boat was within an exclusive economic zone of Sierra Leone. "So the government of Sierra Leone directed us to seize the vessel and persons aboard and then escort the vessel back to their capital city of Freetown."

Because of a lack of resources, Bauby said, the partners in Sierra Leone have been unable to frequently patrol their own waters, causing the United States to step in and handle things that may not have been an option before.

The Legare crew also assisted in building maritime domain awareness by discerning traffic patterns, identifying specific areas where vessels were fishing, and showing areas where foreign-flagged vessels were operating to help the partners know where to focus their patrols.

Illegal fishing is an issue, Bauby said. "Based on my limited experience, which is three months operating over there," he said, "I would say it's a problem throughout the coast of Africa, just based on the scarce resources they have to patrol their own waters."

Cape Verde has a specific process for enforcing fishing laws, he said, but Sierra Leone and Senegal still are developing a system, so they have a problem controlling fishing vessels that are permitted to fish while preventing unauthorized vessels from fishing in their waters, he said.

The four countries have worked with the United States in developing their domain awareness, either by working in small training engagements or directly with U.S. agencies, Bauby said. The work is an ongoing effort of U.S. Africa Command, which stood up in the fall of 2008 to forge a relationship with African nations.

"Understanding Africom's intentions and the Navy 6th Fleet, they definitely intend to establish a long-term relationship with all of these countries along the African coast to help them develop their domain awareness."