Exercise Falcon Dart Being Conducted Along the East Coast - Update 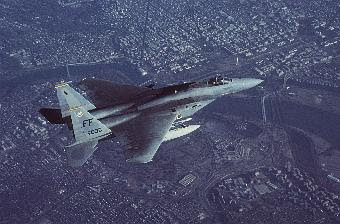 Blog Editor's Note: A complete list of up-to-date NORAD frequencies (not the old stuff floating on the net) was published in the June 2009 Milcom column in Monitoring Times magazine. If you don't subscribe to MT you are missing a lot. And if you are reading this post you can get a year of MT electronically - MTXpress - for only US$19.95 worldwide. That is a great bargain and MT hasn't been at that price in years. This e-zine eliminates all the hassles of slow or non-postal delivery, torn print issues, and the higher cost of print magazines. You get a monthly electronic Adobe pdf file in full color, that is completely searchable and that can be printed. And it is also easy to store and read. You can get more details or order MTXpress at http://www.grove-ent.com/page81.html.

This exercise is designed to train CONRs intercept and identification operations and will involve fighters out of Barnes Air National Guard Base, Mass., Jacksonville ANG, Fla., Homestead Air Reserve Base, Fla., and aircraft from other federal agencies.

Residents may hear aircraft noise and see aircraft flying at various times throughout the day.

Air Force B-52 Stratofortresses will simulate tracks of interest during the first day of the exercise. The Eastern Air Defense Sector, based in Rome, N.Y., will direct Air Force F-15 Eagles to intercept the B-52s along the eastern seaboard.

On days two and three of the exercise, Air Force C-21s (military version of the Lear Jet 35A business jet) and Civil Air Patrol fixed-wing aircraft will simulate tracks of interest in the Ashland, N. H., area. F-15s from Barnes ANGB, along with fixed and rotary-wing aircraft from U.S. Customs and Border Protection will be launched to intercept the TOIs.

CONR, along with its Eastern and Western Air Defense Sectors, provides airspace surveillance and control and directs all air sovereignty activities over the continental United States.

NORAD has conducted exercise flights of this nature throughout the U.S. and Canada since the start of Operation Noble Eagle, the commands response to the terrorist attacks on Sept. 11, 2001.

As the Continental United States geographical component of the bi-national command NORAD, CONR provides airspace surveillance and control and directs air sovereignty activities for the CONUS Region. CONR and its assigned Air Force forces throughout the country ensure air safety and security against potential air threats.